Support the launch of a new MP3 player, and stimulate consumer demand with strategic retail partners in the run-up to Christmas, in a fiercely competitive space.

SanDisk’s Sansa MP3 range scored particularly well with consumers when demonstrated, thanks to high fidelity audio output, comfort, and ease of navigation. So rather than competing Above the Line in the Christmas buying period, FK3 managed an experiential and promotion programme that would put the players in users’ hands – and drive consumers to nearby retail outlets.

With just 8 weeks’ preparation, FK3 managed 24 event days in 16 cities in the UK & France. Crowds were drawn to the roadshow truck in busy retail areas via an impressive outdoor presence heightened by DJs, break dancers and Segway riders, while scaled-down booths were located in indoor retail malls. Both worked to give consumers hands-on Sansa MP3 player demonstrations, and drive sales leads to nearby Currys (UK) or FNAC (France) retail stores via promotional vouchers.

Over the course of the roadshow, 7,822 face-to-face-demonstrations were given, and over 38,000 promotional engagements (driving traffic to retail) delivered. The events were a major factor in SanDisk’s Sansa range selling-out in Q4, and rising to 2nd position in UK and French market share during the promotional period. 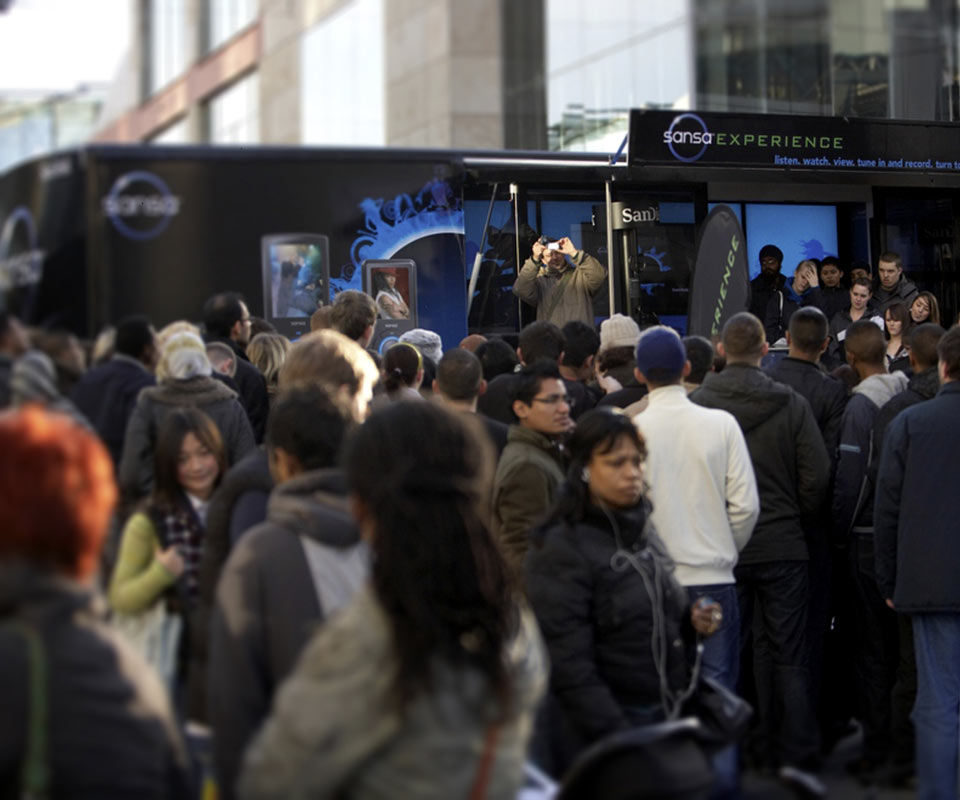 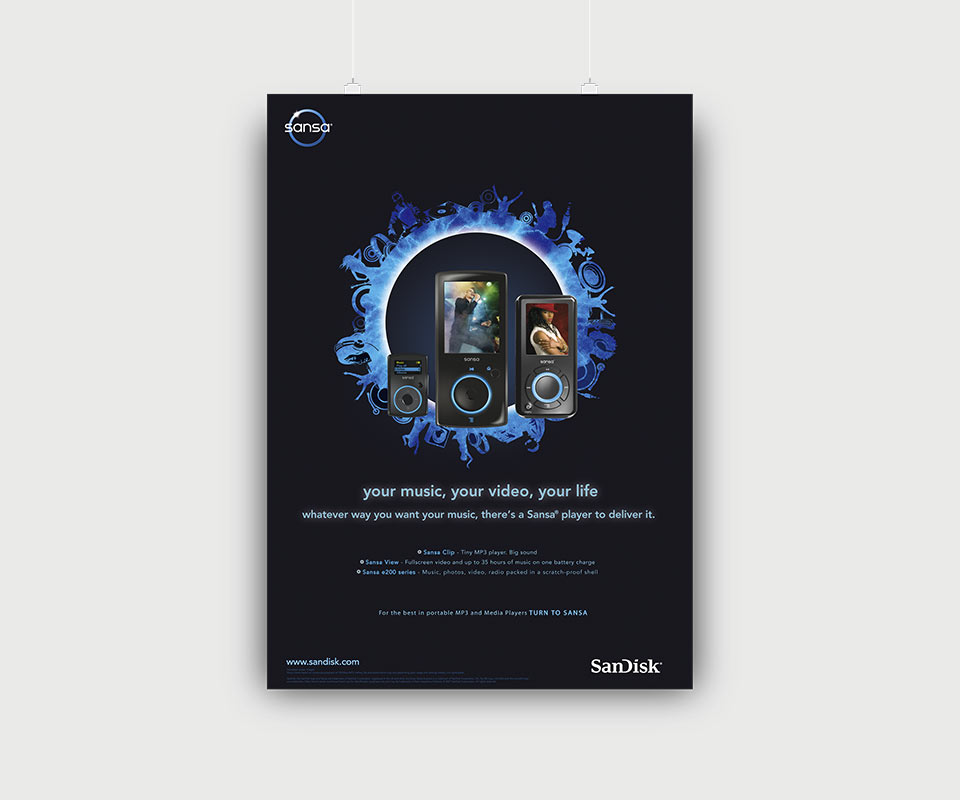 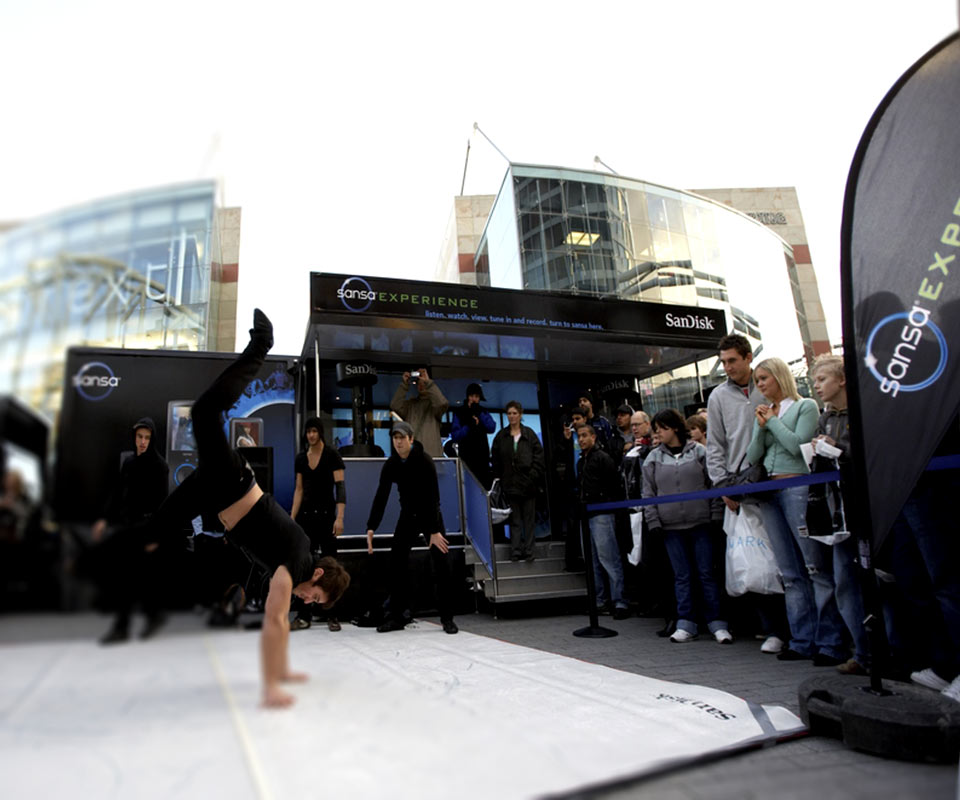 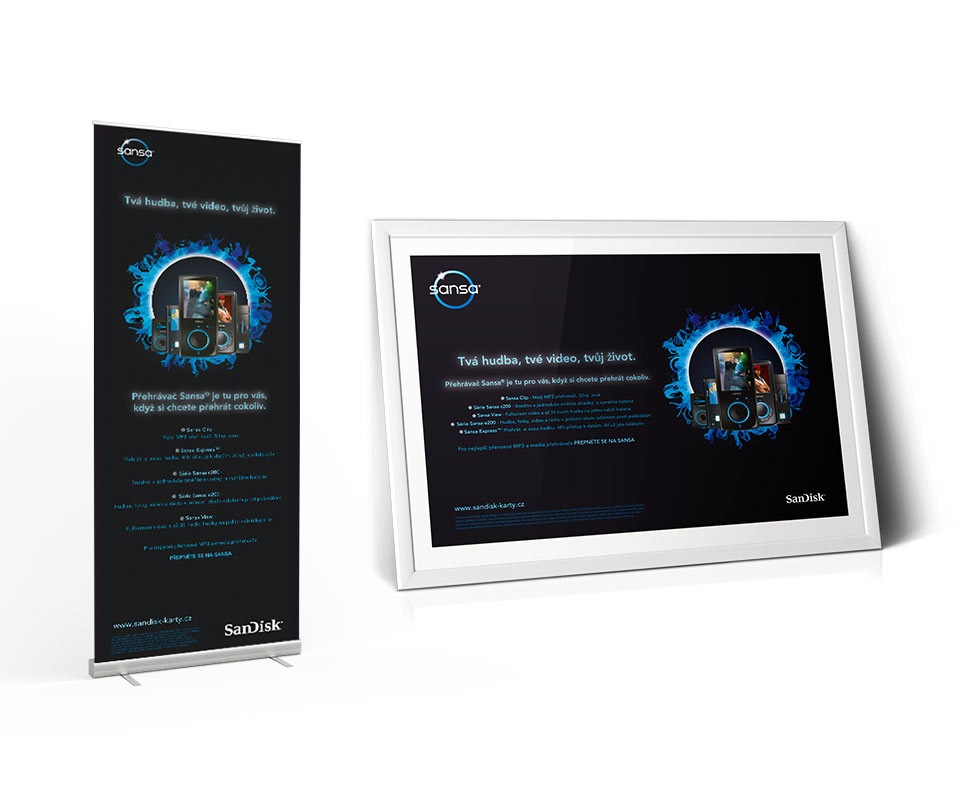 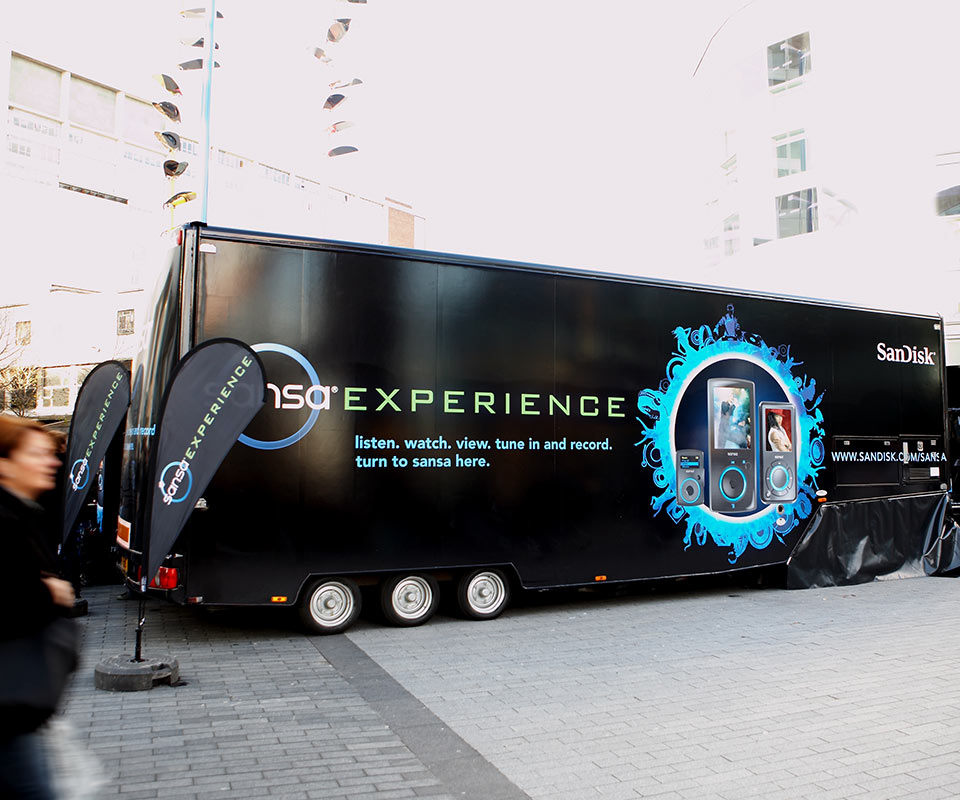 Back to work
Get a quote